Masala Chaas is also known as spiced buttermilk. A unique recipe with amazing taste and flavour. Chaas (plain chaas) is traditionally prepared by churning stored cream which is known as malai in Hindi. And another way to prepare chaas is by blending curd and water together. This is a shortcut to prepare traditional buttermilk or chaas.

Masala Chaas is an Indian regional name in Hindi and we also call the same recipe as Masala Taak or Mattha in Marathi. Masala means spices and chaas or taak means buttermilk. Preparing masala chaas or spiced buttermilk is very easy. I am sure there will be many of us who don’t like plain chaas. So this spiced buttermilk will be a treat definitely for those of us who don’t drink plain buttermilk. Very simple yet easily available ingredients are used in this Masala Chaas recipe.

There is a no single day when I miss to prepare masala chaas in summers. And we always end up drinking 2 to 3 glasses of buttermilk in a day during summers. You would see that the quantity of buttermilk I prepared in this recipe was just enough for one single time 😜 😂 .

For traditional way of preparing buttermilk, we have to store the cream (malai) for several days or weeks. Malai is the layer which forms on milk after milk is well heated and cooled down completely. To get a thick layered malai, keep milk in fridge once milk is cooled down properly. This helps to get a thick malai or cream layer.

Once we have sufficient quantity of malai, then we have to churn the cream by adding cold or normal water to it using electric blender or traditional wooden hand blender. Adding cold water helps to get the Makkhan. Homemade Makkhan (i.e. ghar ka bana Makkhan 😋😍) is very famous in India and other nearby Asian countries. Homemade makhhan tastes way better than any readymade butter available in the market.

Combination to serve Masala Chaas with?

There are plenty of food items like Vada Pav, Mumbai style Masala Pav, Dabeli, etc. with which you can serve this buttermilk or spiced (masala) buttermilk. It’s not always that you should be choosing fast food or street foods to have buttermilk or chaas.

Buttermilk is really good beverage to serve with your simple meals too that you prepare in your kitchen daily. You can always drink buttermilk with your meals especially during lunch. Because as per Ayurveda one should not consume curd or buttermilk at night (i.e. with dinner).

What goes well with this Masala Buttermilk or Chaas

Below is the list of items which I generally choose to accompany with Masala Buttermilk because it makes our meals complete.

Most of all above mentioned recipes are available in FoodQuench’s recipe section which you may like to prepare at home.

Here is one quick Chana Dal Upma recipe which you would like to eat with Masala Chaas because it’s the best combination and makes you full without needing any other full meals.

Best time to have Masala Chaas?

Though generally we drink buttermilk during summers, it’s absolutely ok to have buttermilk in other seasons too. You just need to regulate the quantity and not drink too much.

Prefer to watch videos? You can watch Masala Chaas Recipe on FoodQuench’s YouTube Channel too. 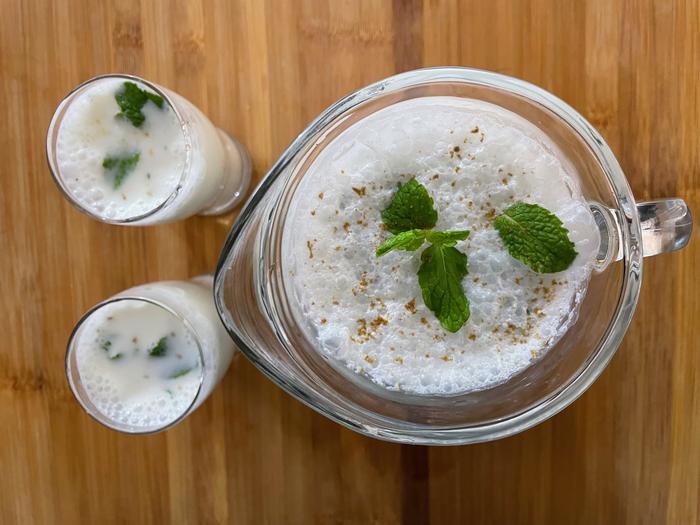 Masala Chaas or spiced buttermilk is a unique recipe with amazing taste. A flavourful drink to reduce body heat during summers which you wouldn't want to miss. 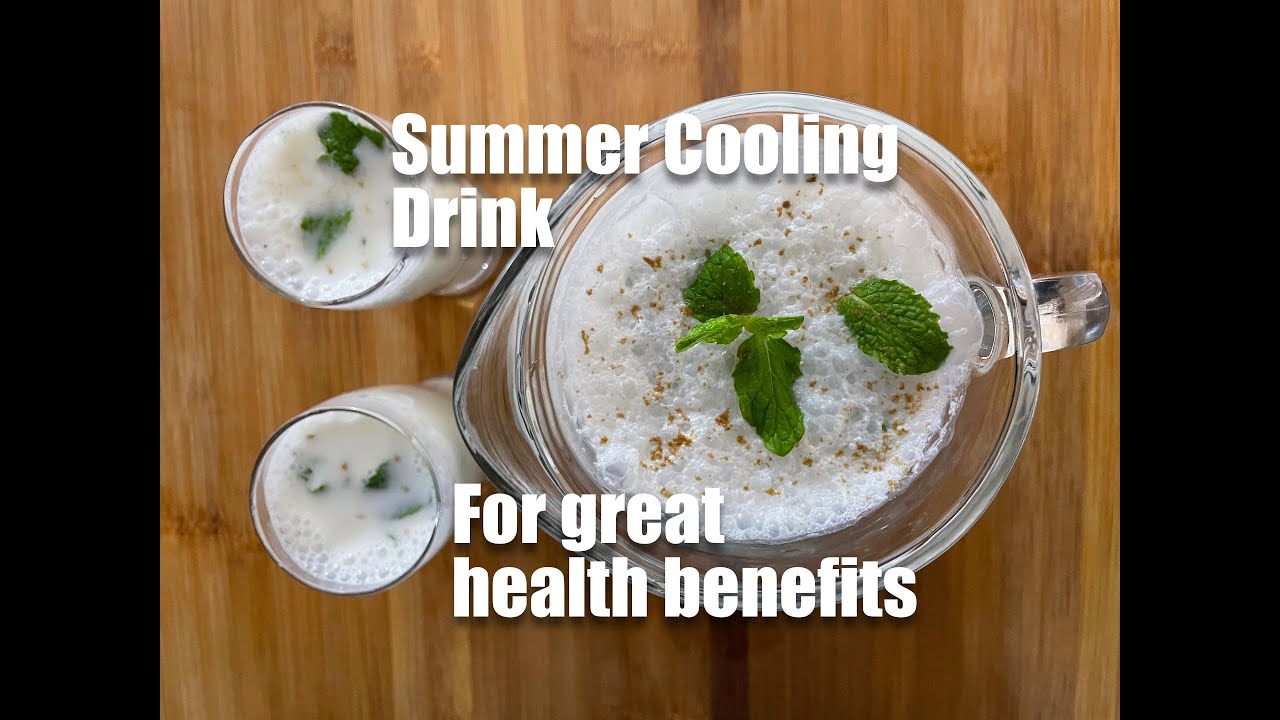